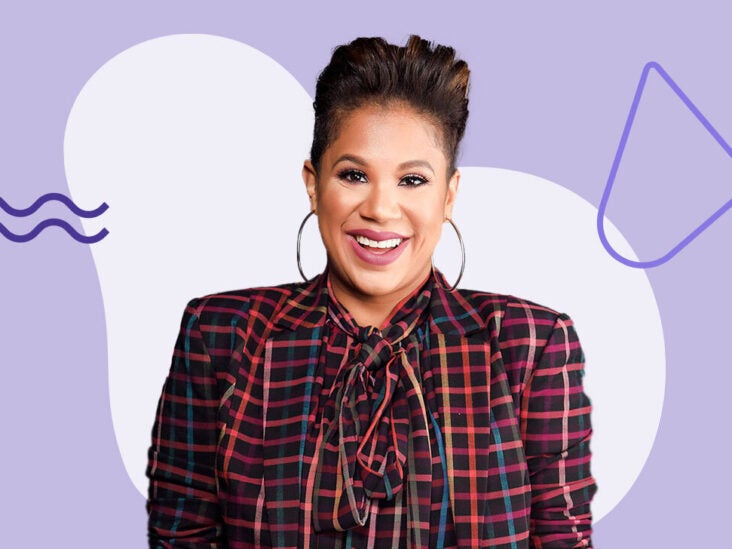 Representation creates trust, so why aren’t there more people who look like me included in research and education?

I was really tired.

I thought I could stop the bleeding like I had in the past — eat more kale. Yes, I thought it was that simple.

In the past, when I noticed bleeding from my rectum, I would go on a heavily green diet and the bleeding would go away.

As a child, I battled stomach issues and would have severe stomachaches. Doctors told me the bleeding was internal hemorrhoids.

This time, however, I knew it was not “just” a stomachache or hemorrhoids. It felt like blades were slicing my insides every time I used the bathroom.

I would begin to get anxiety every time I used the bathroom because of the pool of blood and unbearable pain. I begin to drastically limit my eating. I was having headaches, and I just didn’t feel well.

I had been having sporadic rectal bleeding for 4 months and then more consistently for 2 months before I finally went to the hospital.

My long road to diagnosis

I went to a colorectal surgeon and explained my symptoms, telling him that I felt like I had some type of infection.

The doctor listened, but insisted there was no sign of infection. I didn’t feel like he believed me, but I was content with the fact that he ordered some blood work and did an exam.

I remember driving to work with the worst headache of my life. I could barely keep my head up while driving. Later that day, I went to urgent care.

I was sweating and shaking with a headache. The nurse practitioner said she couldn’t figure it out. I asked her to check my colon.

She was so shocked by what she saw that she said, “Oh my, this is most likely where your issues are stemming from. You have to contact your doctor.”

I knew it was my colon — the same way I knew it when I told the doctor 3 weeks prior.

I contacted the colon doctor and asked why I hadn’t been notified about my results. His response was that they didn’t see anything irregular.

After 3 more days of pain, with a rising fever, I went to his office.

And there it was — an infection in my colon. As I was being examined, an abscess the size of a golf ball popped. Unhappily, I was headed to surgery the next morning.

I was upset and I was frustrated. I went for help and didn’t get it until it had become an emergency.

After several surgeries and setons placed in my colon for fistulas, I was getting sicker. My mobility was at an all-time low; I was crawling to move around, or dragging my right leg because it was locked from arthritis.

And she certainly didn’t have fistulas!

I was positive I didn’t have Crohn’s disease — until I wasn’t.

After getting out of denial, I researched and learned that Crohn’s wasn’t a one-size-fits-all type of disease.

While I had seen it presented one way, I quickly learned that with five types of Crohn’s disease, there’s no limit to how it can present itself. It’s a unique and complicated disease with a unique set of circumstances for each patient.

Crohn’s disease doesn’t discriminate, so why does the healthcare system?

After my own experience, I learned that diagnosing Crohn’s disease can be complicated.

People often see multiple doctors and receive a number of tests before finally receiving a diagnosis.

What’s more is that Crohn’s disease is mainly recognized as a Caucasian disease, even though rates among marginalized populations are on the rise.

As a Black woman, I wondered if this was the reason it had been hard for me to receive a diagnosis and feel heard by medical professionals.

I asked myself how doctors would even know to diagnose members of the Black community with Crohn’s if they didn’t think it was a disease that affects them.

How would a doctor be able to achieve a quick and accurate diagnosis of this disease in Black individuals if research isn’t pointing them that way?

I continued to ask myself questions and realized that race and implicit bias were clearly huge factors in delayed diagnosis and misdiagnosis of Black and brown people with digestive diseases.

In one study from 2010, I read that while hospitalization rates suggest that the rate of inflammatory bowel disease (IBD), including Crohn’s, was on the rise in non-white populations, “nationwide epidemiologic data (such as incidence and prevalence) are not available.”

When I read that, it felt like Black and brown people weren’t important enough to make them a priority in research for these digestive diseases, even though the diseases are clearly affecting them.

That was both eye-opening and heartbreaking.

I had to do something. Because if I didn’t, then who would?

Creating a community dedicated to change

Imagine being diagnosed with a disease that you’ve never heard of. No one in your family has this disease. When you discuss it with your loved ones, they feel like you’re complaining.

You don’t “look sick” to them, so they start to believe you’re making this illness up.

You look to join communities for your disease, but no one looks like you. You look for information from pharmaceutical companies, but they don’t have people of color on their branding or educational materials.

After sharing my health journey and building an online community through social media, I learned that there are four words that best describe this experience: isolating, depressing, lonely, and excluding.

After a few months, it was apparent that the community needed more than connections. We also needed resources, education, research, and help with navigating the maze of healthcare.

In 2019, this community became the nonprofit Color of Crohn’s and Chronic Illness (COCCI), with the mission to increase the quality of life of minorities who are battling digestive diseases and chronic conditions.

Representation creates trust, and trust is not to be compromised when there’s a desire to truly be connected to communities that have been disregarded, marginalized, and oppressed.

COCCI is striving to be a leader and a resource for the healthcare industry when it comes to minorities in the IBD community.

Melodie Narain-Blackwell lives in the Washington Metropolitan area with her husband and two children. She’s the founder of Color of Crohn’s and Chronic Illness (COCCI), a nonprofit focused on increasing quality of life for minorities who battle IBD and related chronic illnesses. Her passion is her family. When she’s not homeschooling, changing diapers, or cooking a meal, she’s catching laughs and making memories with her loved ones.