What to Expect When You’re Expecting with IBD 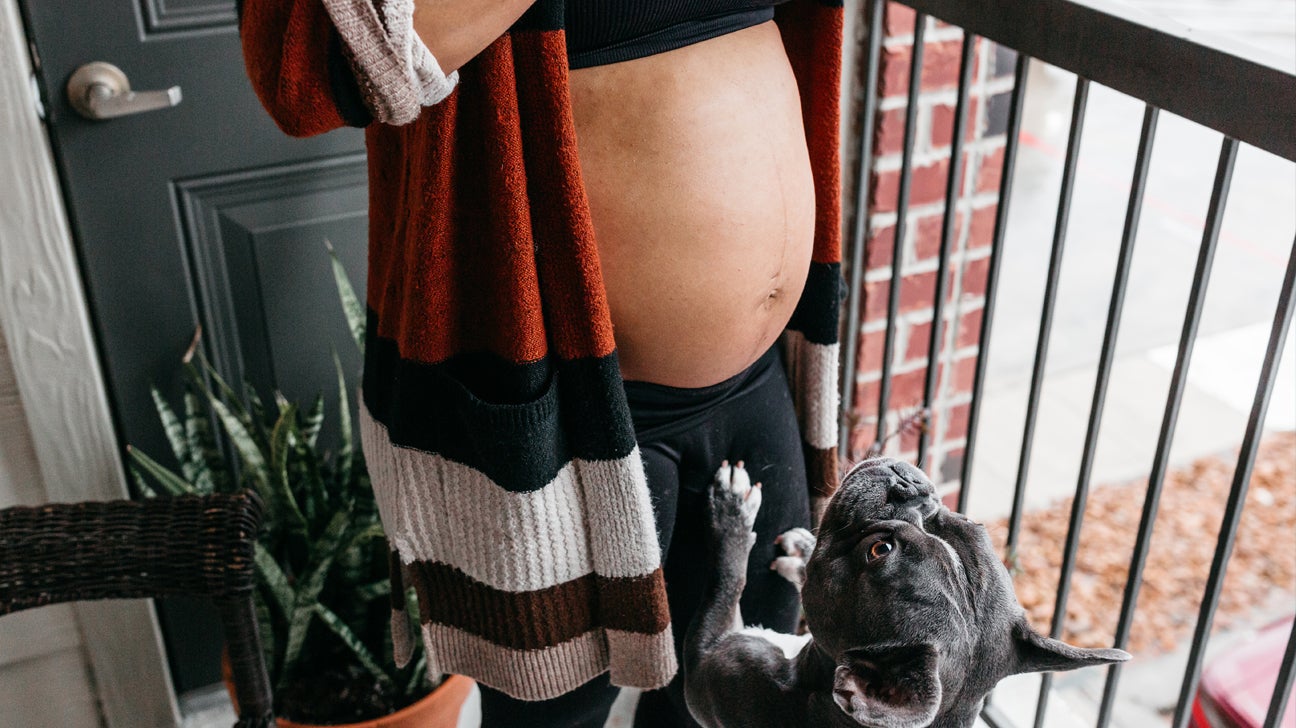 For those of us trying to conceive, it’s impossible not to smile the instant those lines on the stick finally turn pink.

But for anyone who’s living with inflammatory bowel disease (IBD) — including ulcerative colitis and Crohn’s disease — it’s not all sunshine and rainbows.

Joy mixes with all the normal anxiety about becoming a parent for the first time (or again) and combines with worry about what IBD means for pregnancy and your child.

Having IBD amplifies all the usual work and care that goes into ensuring a healthy pregnancy. From how it can affect fertility to what happens if you do have a flare-up, here’s what you can expect when you’re expecting with IBD.

What to know if you’re trying to conceive with IBD

While not all pregnancies are planned, if you’re thinking about trying to have a baby and you or your partner has IBD, it’s a good idea to check in with an OB-GYN and a gastroenterologist.

Many people with IBD overestimate the likelihood of their child developing IBD, and counseling is an opportunity to set the record straight, says Street. It’s also a good time for you and your doctor to optimize your IBD treatment, confirm the disease is in remission, review medication safety, and maximize nutrition.

While most people with IBD conceive successfully, if you’re currently in a flare, you may be less likely to achieve remission while pregnant, says Jennifer Kulp-Makarov, MD, a board certified OB-GYN and reproductive endocrinology and infertility specialist (REI) at New Hope Fertility in New York City.

Kulp-Makarov and Streett also note that if you’ve ever had any type of abdominal surgery, scarring could decrease fertility rates.

However, assisted reproductive help, when needed, appears to be as successful in people with IBD as those without.

Can you stay on your IBD medications while pregnant?

Most IBD medications are safe to continue while pregnant, but there are some exceptions, such as methotrexate and tofacitinib (Xeljanz).

Methotrexate isn’t safe during pregnancy and should be stopped at least 3 months prior to conception, says Streett.

Tofacitinib — one of the most recently approved treatments for ulcerative colitis — hasn’t been shown to be detrimental, but there are potential concerns, and for now it’s not considered safe, she adds.

Again, this is part of the reason a preconception visit with your gastroenterologist and OB-GYN is so essential. It’s a chance to review medication safety.

“The risk we see most often is women or even their healthcare providers worrying unnecessarily about safe medications which are then stopped, resulting in disease flaring,” says Streett.

What happens if you have a flare-up while pregnant?

According to Kulp-Makarov, the good news is that many people who become pregnant while in remission from their IBD remain in remission throughout their pregnancy.

However, if you do have a flare-up, you have options.

“It’s always a balance between safety and active disease, so it’s always important to have the discussion with your doctor,” Kulp-Makarov says.

Ask your doctors to speak with one another. While treatment varies widely for people with IBD, some medications are safe for you to be on when pregnant while experiencing a flare-up.

When I was expecting, I was in the process of finding a new gastroenterologist to treat my (thankfully in remission at the time) ulcerative colitis.

I asked both my primary care doctor and OB-GYN if they had recommendations. Amazingly, they both had the same gastroenterologist on their lists.

That gastroenterologist, despite working for a different hospital than my OB-GYN, was more than willing to coordinate care.

Having the two of them consult with one another about the medications I was on and my lab work took so much stress and time off my plate.

What type of monitoring can you expect while pregnant?

People with IBD are no strangers to doctor’s appointments and lab work. When you’re pregnant, even without IBD, going to the doctor becomes routine.

The type of monitoring that pregnant people with IBD can expect will depend mainly on the status of their disease.

Kulp-Makarov recommends her patients get their iron and vitamin B12 levels checked within the first trimester of their pregnancy, so if supplements are needed they can start taking them early and then have their levels checked again.

“Sometimes, it’s harder for IBD patients to gain weight, especially with active disease, so it may be recommended to see a nutritionist,” says Kulp-Makarov.

She says that, while most IBD patients have smooth pregnancies, for those with active disease there’s an increased risk of preterm birth or low birth weight.

In these cases, she’ll often recommend patients also see a maternal-fetal medicine (MFM) doctor, either for a consultation or to help manage some of the higher risks.

While it’s not always possible for IBD patients to see an MFM, Streett says finding an obstetrician experienced in caring for women with IBD or other chronic conditions is important.

What should you expect postpartum?

As beautiful as the postpartum period can be, it’s also a challenging time and is easy to put yourself last.

But it’s crucial for new moms with IBD to be diligent about taking their medications and keep up care by an IBD specialist to minimize the risk of a flare-up, especially with a new baby at home.

“The postpartum period for women with IBD has been shown to be a time of increased risk for increased disease activity,” says Streett.

If you’re planning on breastfeeding your baby, speak with your OB-GYN and your IBD specialist about your medications, most of which are safe.

Your IBD specialist may also suggest you have a colonoscopy within the first year to make sure there were no major changes while you were pregnant.

My advice: Enjoy this time. There’s nothing that says those of us with IBD can’t have healthy, successful pregnancies.

Bridget Shirvell is a writer living with her family in the Bronx, New York. Her work has appeared on Civil Eats, Martha Stewart, The New York Times, and more.