My Search for a Crohn’s-Compatible Antidepressant 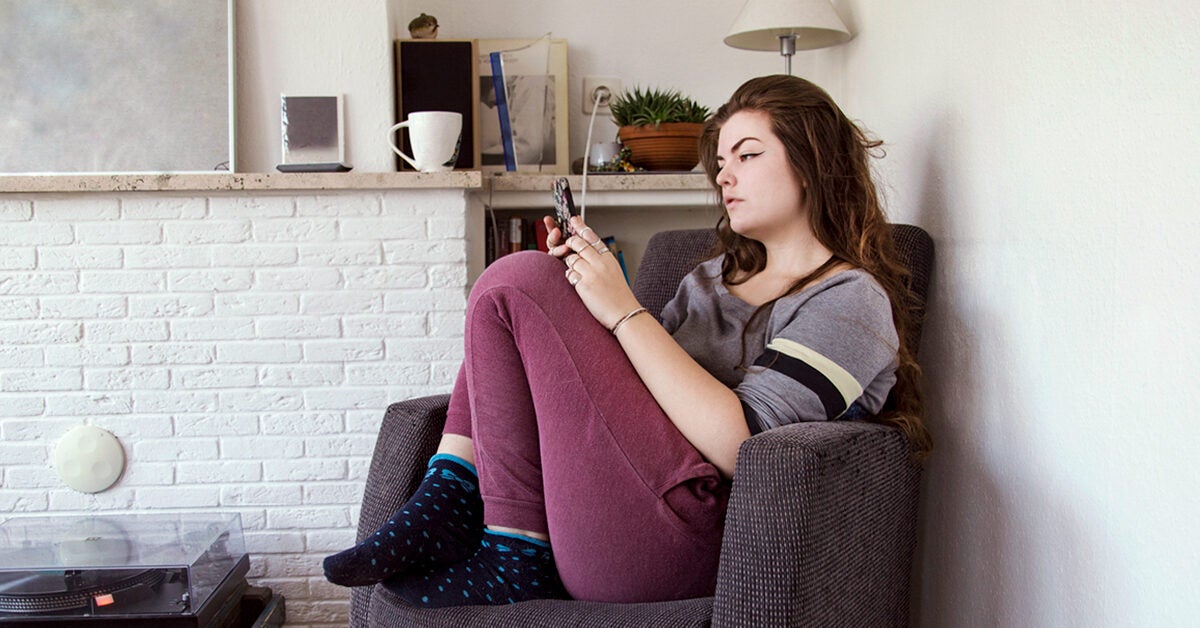 According to the Crohn’s & Colitis Foundation, those of us with IBD are more likely to experience anxiety or depression, with one third of people with IBD experiencing mood disorders.

While talk therapy may help, many people also choose to take antidepressants to help manage these symptoms. These can be highly effective but, like with any drug, it can take time to get things right.

Some IBD doctors aren’t aware of the full mental health impact of living with the condition and the different treatment options available. It may be left to the person with IBD to find a combination that keeps them physically and mentally healthy.

When finding a medication for mental health conditions, we need to try and ensure it’s “IBD compatible.”

Antidepressants shouldn’t interfere with IBD medication or disease activity. However, in my case, I struggled to find one that made me feel well or didn’t make the symptoms I already had from living with IBD feel worse.

Looking for the right balance

My first attempt at taking antidepressants was in summer 2019.

After having my son, I struggled with postpartum anxiety. After several months of trying to manage it, I plucked up the courage to speak with my doctor.

My initial struggle with this was an overwhelming sense of tiredness — not ideal when you have a new baby and a health condition that already causes extreme fatigue.

I felt cloudy, groggy, and not quite awake, which felt almost crushing.

I was determined to stick with it, but I was just too tired. While my brain wasn’t quite so anxious, after a month I felt my energy level was just as important as my mental health and called it quits.

Not to be deterred, my doctor said another SSRI could be the answer.

While SSRIs are similar to one another, some people can do amazingly on one drug and not so great on the next — so it’s often just a case of finding one that works for them.

I took a weeklong break in between and immediately found my energy increasing. I felt like me again but knew I still needed help with mental health.

Citalopram (brand name Celexa), another commonly prescribed antidepressant, was the next one I tried.

The good news was the fatigue it caused faded after a few days. This seemed promising, but I was then introduced to another side effect: diarrhea.

Of course, having Crohn’s disease, I was no stranger to loose stools and urgency, but this was on another level.

Two weeks into taking citalopram, I had an accident in a shopping center where my bowels just seemed to explode out of nowhere.

Unlike Crohn’s diarrhea, citalopram diarrhea seemed to follow no pattern and gave no warning. If anything, my anxiety was now even worse, and I no longer wanted to go outside for fear of being stranded without a toilet.

It’s worth noting that diarrhea is a relatively common side effect of citalopram, but it’s thought to ease after the first 1 or 2 weeks. However, in my case, it didn’t seem to fade at all.

I was told to be patient — and I was — but a few months later it was time to say goodbye to citalopram, too. I just couldn’t deal with a medication that caused diarrhea on top of living with a condition that did the same thing.

Finding a medication that worked for me

At that point, I took a break from antidepressants. They just didn’t feel worth the side effects.

However, my doctors felt that SSRIs just weren’t the answer for me and advised I try another type of medication: tetracyclic antidepressants.

The main side effects are different than those of SSRIs — namely, weight gain, dry mouth, and constipation. I decided to give them a try.

At first, mirtazapine (brand name Remeron) came with fatigue and sleepless nights, which was not ideal in the middle of an IBD flare.

Then came the constipation, which, to my surprise, felt almost as uncomfortable as the diarrhea I experienced on SSRIs.

However, after my doctor suggested a dosage tweak, I hit the jackpot. I finally found an antidepressant that was compatible with my Crohn’s disease.

It helped me get a good night’s sleep, which meant my fatigue lessened and I had energy again. Unlike the diarrhea, the constipation was short lived and my bowel found a happy medium.

It had taken many months, different types of medication, and different doses, but I finally found an antidepressant that worked for me.

The anxiety that can come with living with IBD can be different than other types of anxiety. We’re often anxious about very real problems — such as blood tests, scans, hospital appointments, worsening symptoms or surgery — as opposed to more hypothetical situations. This can make it harder to solve.

When I started my journey of looking for a Crohn’s-compatible antidepressant, I think I had hoped I would suddenly stop worrying about all these things. But years on, I can sadly reveal that didn’t happen.

However, I do feel much more in control of my thoughts and feel as if I can cope with them as they come into my head.

When I have a blood test due, I don’t stay awake fretting about the results. When I have stomach pain, I don’t spend hours blaming myself for something I may have eaten.

Antidepressants have helped me accept life with a chronic condition and given me space to process my diagnosis.

There’s no way I can simply forget about having Crohn’s disease, but my medication does stop it constantly occupying my thoughts — so I can remember and appreciate the rest of my life, too.

It might have been a long journey to find a medication that worked for me and my Crohn’s, but it was definitely worth the wait.

Article originally appeared on May 19, 2021 on Bezzy’s sister site, Healthline. Last medically reviewed on May 18, 2021.